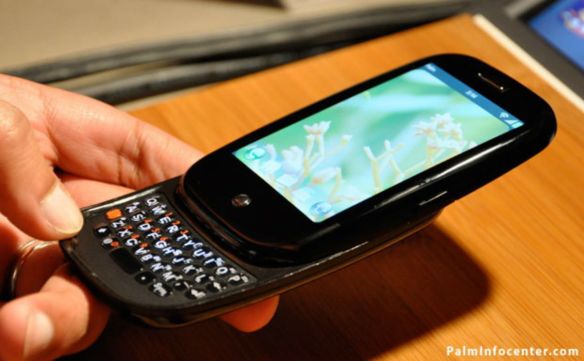 It was January, it was a cold.  Of course every January is cold in Minnesota, but this specific day wasn’t so bad.  Why?  Because a shining light of warmth was introduced to the world from Las Vegas’ consumer products convention … Palm had finally presented their new product, and the Palm Pre with its webOS was months away from becoming a reality.

Fast forward 6 long grueling months of reading rumors, writing opinion blogs, evaluating reviews and obsessing over every piece of information I can get my hands on… and you come to Saturday, June 6th, 2009.  Its 6:00 am.  I wake up, still slightly roughed up from the birthday extravaganza the night before (post coming soon), and head out the door.  I didn’t think anyone else would wait in line 2 hours early for a cell phone that didn’t have an emblem of a half-eaten pomaceous fruit on it.  I was wrong though, and its good I came when I did, because I was 3rd in line at the downtown Sprint store … and the GM later told us he sadly only had 5 units to sell.  Many unhappy faces grumbled their way home after that announcement, but I waited patiently with a smile for what I had so eagerly anticipated owning.  By 9am it was over.  My legacy Palm Centro placed back in its box to collect dust, my data transferred over … and the power of the world was once again in the Palm of my hands.

Well, its been 3 days of playing, testing, and reviewing, and I have to wholeheartedly say that this phone is the most ingenious product I’ve owned.  I just watched the conference on Apple’s newest iPhone, and the only additions were things that the Pre is already doing.  I hope this phone gets the support it deserves, it is definitely a competitor.  Without boring you much more, below is a quick list of pros and cons for the Palm Pre that will hopefully help those on the fence to decide on purchasing.

This phone has definitely been fun so far, and I can’t wait to see what applications come out in the near future.  I truly do believe in Palm products, I’ve been a fan since my first Visor Handspring in 2000 and I think this new webOS platform can go really far.  I would be shocked if they didn’t sell out all 600,000 by noon on Saturday, and once personal reviews hit the web, the next few shipments should do the same.  Exciting!