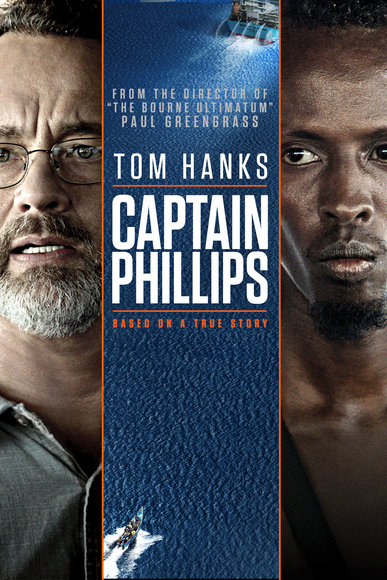 Not sure why I skipped this in the theaters, but an Oscar run gave me the chance to catch up now like the rest of you. A lot of hype about this movie, and if I could sum it up in one word … it would be INTENSE. From within 10 minutes, you are watching the aggression unfold, and halfway through it really kicks into high gear. Up until the very ending, your heart beat will race and your eyes will be locked. No spoiler here, but everything within the lifeboat must have been tough to film, but was great to watch.

The best. The emotional relationship between the 4 pirates was astounding. First with the other pirates, then with Captain Phillips and crew, and finally with each other. Barkhad Abdi (limo driver from Minneapolis!) was absolutely spot on. For a first time acting gig, him and his cohorts were exactly what you fear when you hear the term “Somali Pirates”. He has some tough competition (Jonah is my vote, followed closely by Fessbender), but it was no doubt an Oscar nomination-worthy performance.

The Worst. There wasn’t really a “worst”, except that the script for Phillips and crew tried a bit too hard. I don’t know the real Captain (sorry Avi Olitzky, I missed my chance), but it all seemed to work out a little too easily for the first half. Hinting at broken glass, suggesting they stop for water, etc. Maybe pirates are that naive, but I was both on the edge of my seat and offering sighs of “seriously? come on!” for the first half. They definitely made up for it in the second half though, once the crew was out of the picture, the whole movie took an intense turn for the better.

The Verdict: Worth seeing for sure, but maybe while working out. Take your aggression and intensity out on the treadmill while watching the turmoil erupt within. You’ll get a good flick, a good shvitz, and a good story.