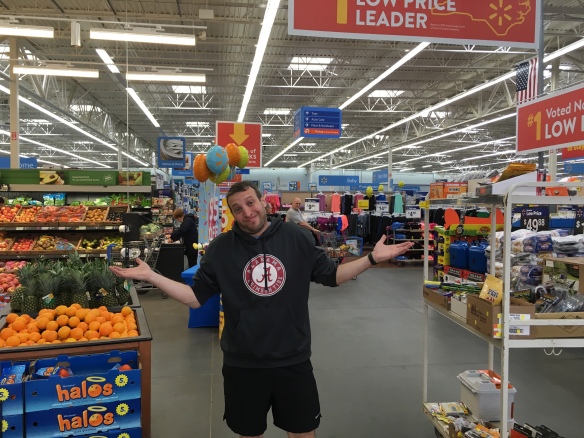 Day 11. I did not intend to take a Zero Day until I reached Virginia, but I’m really glad I took today off. This trail has many teachings, and I learned two big ones today while spending a day in Franklin, NC.

First, this is a really neat trail town. It reminds me a lot of Stillwater back home in Minnesota, but with majestic mountains hugging the border of it instead of a tranquil river. We walked down Main Street and window shopped all the boutique shops and restaurants for most of the morning. Since we are in the south, pretty much everything was closed today, but I imagine it’s a bustling business center for tourists hikers and locals alike during the week.

There are a couple great outfitters, but since both were closed, we did a resupply of food/gear at Walmart instead. Having worked for Target HQ in the past, going into Wally World is a bit sacrilege to me, but it was our only option today. So I swallowed my Bullseye pride for one day.

Besides food, I picked up a bottle of Heet for my alcohol stove, a trash compactor bag to line my backpack, some insoles with arch support, ibuprofen, TP, new smart water bottles and other nick-nacks. I desperately need the insoles so I hope Dr. Scholl’s doesn’t disappoint.

The rest of the afternoon was spent at the other local establishment that was open today. And wouldn’t you know it, it was a brewery. Funny how that is the place open on a Sunday in the Bible Belt. The Lazy Hiker Brewery had great beer, a food truck, and incredibly nice people to schmooze with. It should definitely be a stop for every AT hiker. They even have a huge banner that thruhikers sign each year. We penned our names and enjoyed the camaraderie with other hikers over drinks. Pro tip, try the Twenty Miler … it’s now the only IPA I can say I like.

But I didn’t drink much, because of the second lesson today … don’t take a healthy immune system for granted. I’ve been hit with some sort of bug, and I feel down right sh*tty. Not sure if it’s one of the nasty ones, but I’ve been dealing with a massive headache and nausea all day. Fingers crossed it’s not Noro Virus. Julia is feeling it too, so unfortunately, it’s not dehydration like I originally thought/hoped.

I spent the rest of the evening in bed fighting the urge to be sick and catching up on TV. God bless Netflix.

If I wake up feeling the same way, I may take another day off. I don’t want to lose another day of hiking (and honestly, I’m eager to get back to it), but being anywhere but in a bed right now seems like a bad idea. As usual, I’ll assess as the day progresses, but for now … back to Jessica Jones season 2.